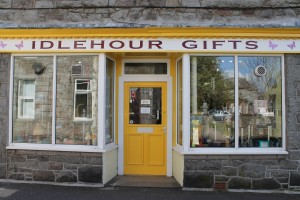 In a recent follow up visit to Dalbeattie retailers who participated in the original Let’s Talk Shop Support Programme it was pleasing that many of them were feeling considerably more positive about their trading vitality.

Whilst there had been some shop closures in the town it is likely that it was not the economic climate alone that had contributed to their demise. Other businesses had invested and reports from those who had implemented improvements following the initial recommendations were very positive.

Whilst many of the participating retailers had taken advantage of the Let’s Talk Shop grants scheme to help introduce recommendations many were now waiting for implementation of the Shop Front Improvements Scheme to enable more robust external improvements to be undertaken.

One major improvement to the gateway impact of the town was the investment being undertaken at the Pheasant Hotel. 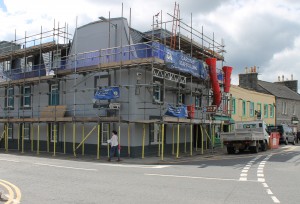 The dilapidated condition of the premises at the time of the original visit reflected poorly on the town and it is hoped that the major investment underway to create the Birch Tree Inn, Restaurant, Bar and Hotel will materially improve the arrival impact  whilst increasing the number of bed spaces available, a positive step forward for tourism.

Comments are closed, but trackbacks and pingbacks are open.